Oby Aligwekwe is the award-winning author of NFUDU, Hazel House, and The Place Beyond Her Dreams. Her writings incorporate her favorite things: mystery; fashion; travel; business; humor, and strong female protagonists. She supports her community through her charity Éclat Beginnings. 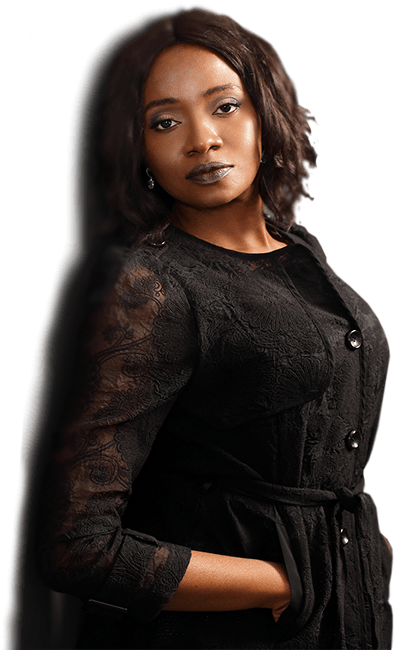 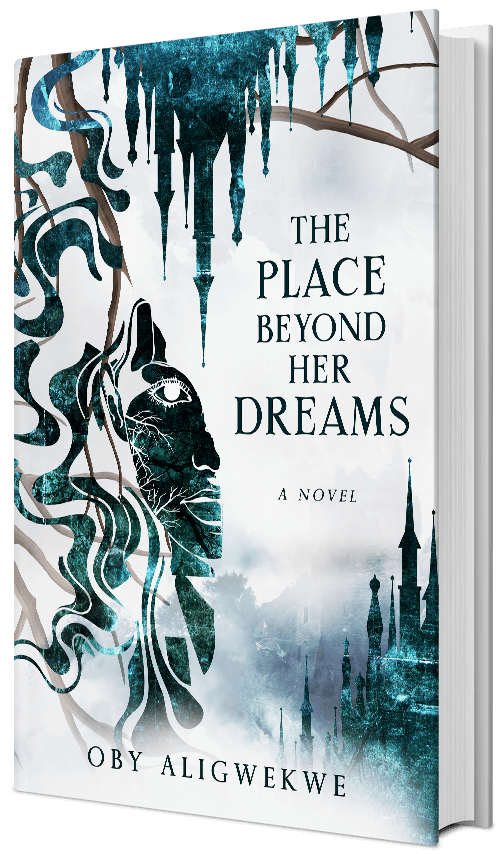 The Place Beyond Her Dreams

Set against the backdrop of two warring towns, Oby Aligwekwe’s Young Adult debut—told from the viewpoint of her main character—is inspired by her West African heritage, fables, and spiritual beliefs. Ona’s journey reveals the power of choice, the true source of happiness, and, most importantly, the transformation one must go through to realize and eventually occupy their purpose.

At the sudden death of her grandfather, Ona’s pain transports her to mystical Luenah—a place of infinite possibilities, free of turf wars and other ills that plague the earthly dimension she lives in. In Luenah, where her grandfather awaits her, Ona learns she is an Eri, one bestowed with unique intuitive and spiritual gifts passed down from generation-to-generation.

On her eighteenth birthday, she returns to Luenah and is handed a box to deposit her ‘exchange’ for love and happiness—her greatest desires. Burdened by her quest, Ona crosses paths with danger and heartbreak as the two men that love her dearly are viciously pitted against each other. As evil looms, she learns that dreams carry a hefty price, and no one is who they seem. Now, she must unmask the villain and save the one she loves, even at the risk of losing everything she holds dear. 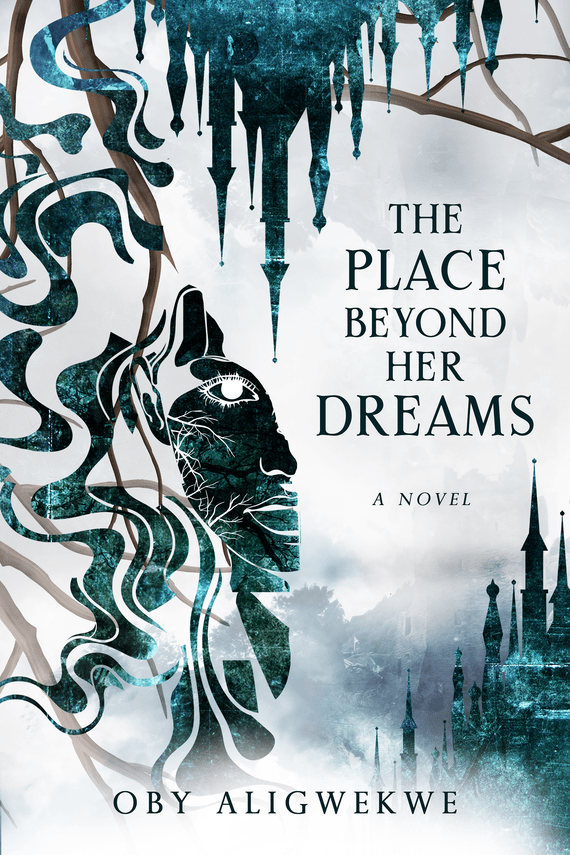 Get Notified Of Upcoming Promotions!

"This book has been an amazing read! The writing is beautiful and it keeps readers entertained until the very last word!"

Enter your e-mail and receive Exclusive Offers for Free

Be one of the first to receive our offers. We will send it right to your inbox after your email address is verified! 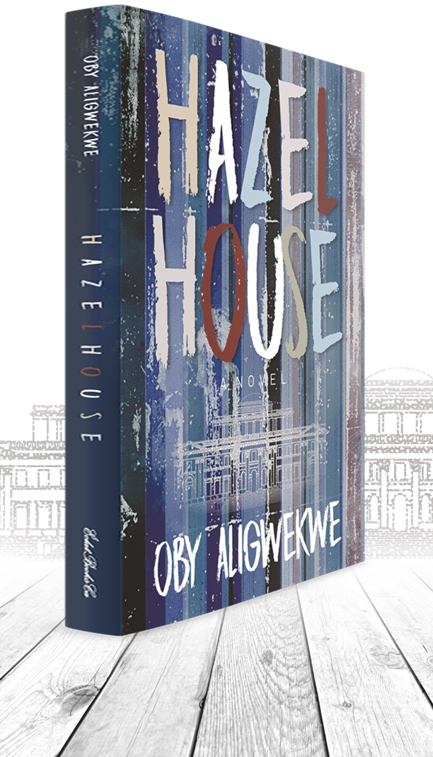 Talented fashion designer, Phina Campbell and her beloved husband, Patrick, a movie producer, live in the magnificent Hazel House, situated on a hilltop forty-five minutes outside London. With Phina’s beauty and the massive fortune she inherited from her father, everything seems to have been handed to her by fate, but her keen mind and business acumen keep Ophinas – her luxury retail company – a cut above the rest.

Phina and Patrick lead an enchanting life, and with high-powered friends and everything money can buy, their lives are never short of excitement. When a dead body turns up in a hotel room in Barcelona and a letter exposes a dark secret, some truths about their extraordinary lives begin to unravel. As more people are drawn into the puzzle that Phina’s Private Investigator is piecing together to solve the murder, they soon realize they are dealing with an opponent far more ominous than they ever imagined.

Filled with treachery and intrigue and delivered in a thrilling narrative that takes readers from London to Lagos to New York, Hazel House paints a vivid portrait of how the needs of humans collide amidst unimaginable wealth, intense desire and the quest for power. 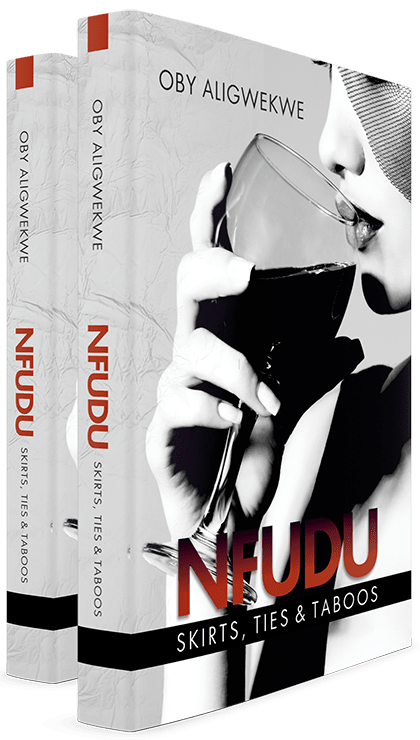 Soon after arriving in Paris in 1963, Nfudu launches a heart-rending secret affair with her best friend’s attractive father – Javier. But, her father rejects Javier because of his race. When she meets Ikechi – a striking London financier, Nfudu’s bond with Javier is tested. Ikechi seems like the perfect match, but a grim revelation about his ‘caste’ forces Nfudu’s father to defend his honor.

In this debut novel, the author intricately weaves plots of love, war, crime, hatred, ancient taboos, and a clash of civilizations, then merges these into one powerful story.

The Writing Was Absolutely Incredible

... and I found myself entranced with each word. ... The story of Ona was heartbreaking, I thought this would be an easy read but it definitely had a deeper message of choices made, love, betrayal, and loyalty to one's self. I felt everything that Ona felt and cried when she cried, hurt when she hurt. It was an emotional rollercoaster. ... The story was so complex, moved beautifully, and was tied up so well. The ending left me feeling hopeful to overcoming personal fears, barriers, and life in general...

This book is a must read! An intricately woven plot of love, romance, war, betrayal, taboo and business. It takes you on journey from a rustic village to the high streets of fashion in Paris and London. A girl's journey to success through determination and vision. This book is fantastic.

“Nfudu” takes you on a journey across continents, captivating and immersing you in the lives of the characters. The book left me at the edge of my seat until the very last page. It expertly and intricately explores the connection between these characters and masterfully delivers a story infused with love, betrayal and its clash with cultures. A must read for anyone that loves a great book!

Touched Me In Ways That Made Me Feel At Peace

This book for me personally has been a roller coaster of emotions... While I am a religious person, I can’t say I am overly religious, however, this book has touched some religious things that really made me feel very at peace... The lessons, the wisdom words her grandfather always had for Ona touched me in ways that I haven’t felt in a long while... For me this book has been an interesting journey, and it made me think on a lot of things...